Nozzles are found on the Laser head on the fibre laser. There are 2 parameters you must look at when purchasing a nozzle; the layer and the caliber. General rule for selecting the Caliber:

General rule for selecting the Layer:

*These rules are used as a guide only. Individual results may vary.

Nozzle's come in either single or double layers. The layer is in reference to what gas you will primarily be using to perform the cut; Air, Oxygen or Nitrogen. The gas you are using is dependant on what type of metal you look to cut. When using Air or Nitrogen you would commonly use a single layer nozzle. However, when using Oxygen as your primary gas you would use a double layer nozzle. 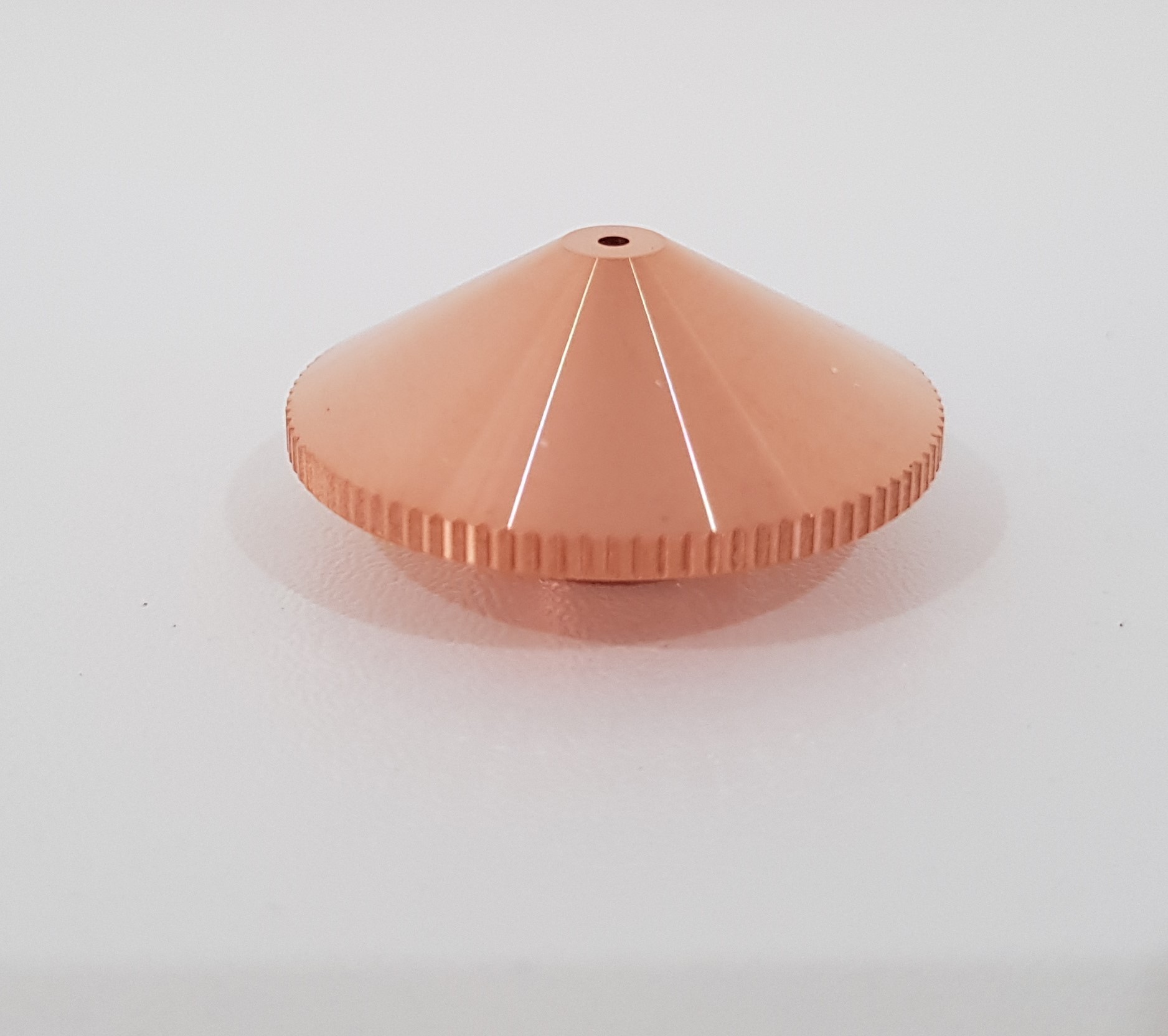